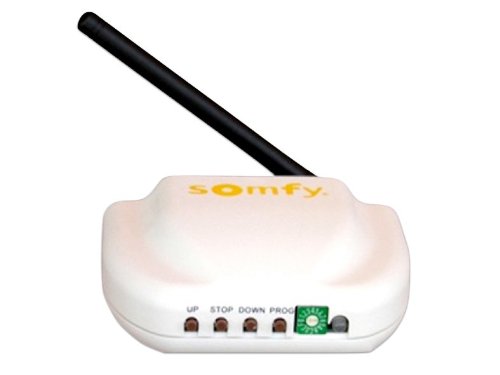 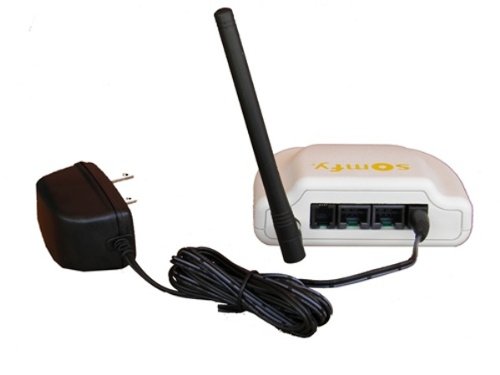 The Somfy 1810872 Universal RTS Interface II can be used to communicate between home automation or other third party systems and Somfy’s RTS Motors and controls. It is capable of individual or group control, and can be operated via infrared remote, RS-232 and RS-485 serial communication. Once an input is activated, an RTS radio command is sent to the automated window treatment. This unit features 16 channels of Radio Technology Somfy (RTS) Control. The operation of the Universal RTS Interface is very similar to the Telis 4 Remote Control but there are now 16 channels available for programming. Each Channel can handle one or many RTS motors. You can have the kitchen on one channel, the living room on another, isolate mini groups and control all shades at once. With 16 channels of control the configurations are nearly limitless. All shades or motors assigned to one specific channel will operate simultaneously. The universal RTS interface controls Up, Down, Stop and customer preferred location commands for Somfy RTS motors.
Works with Control4, Leviton and more
16 Channels of RTS Control
Can be controlled with: IR Remote Control (need Part No. 9015078 – Sold separately), Serial RS-232 protocol or RS-485 protocol
75 foot RTS range under optimal conditions
For IR control need Somfy 9015078 IR Sensor for Universal RTS, sold separately on Amazon.